In many ways it is the original narrow gauge scale and you can read all about it by downloading the 5.5mm Association Handbook. The scale was developed by GEM Model Railways in 1963, when it introduced a range of white metal kits of narrow gauge prototypes running on the smallest commercially available gauge of 12mm.

At that time 009 had not been developed commercially, so using TT (12mm) gauge offered modellers, who wanted 2' - 2'3" gauge prototypes, an alternative to scratchbuilding. 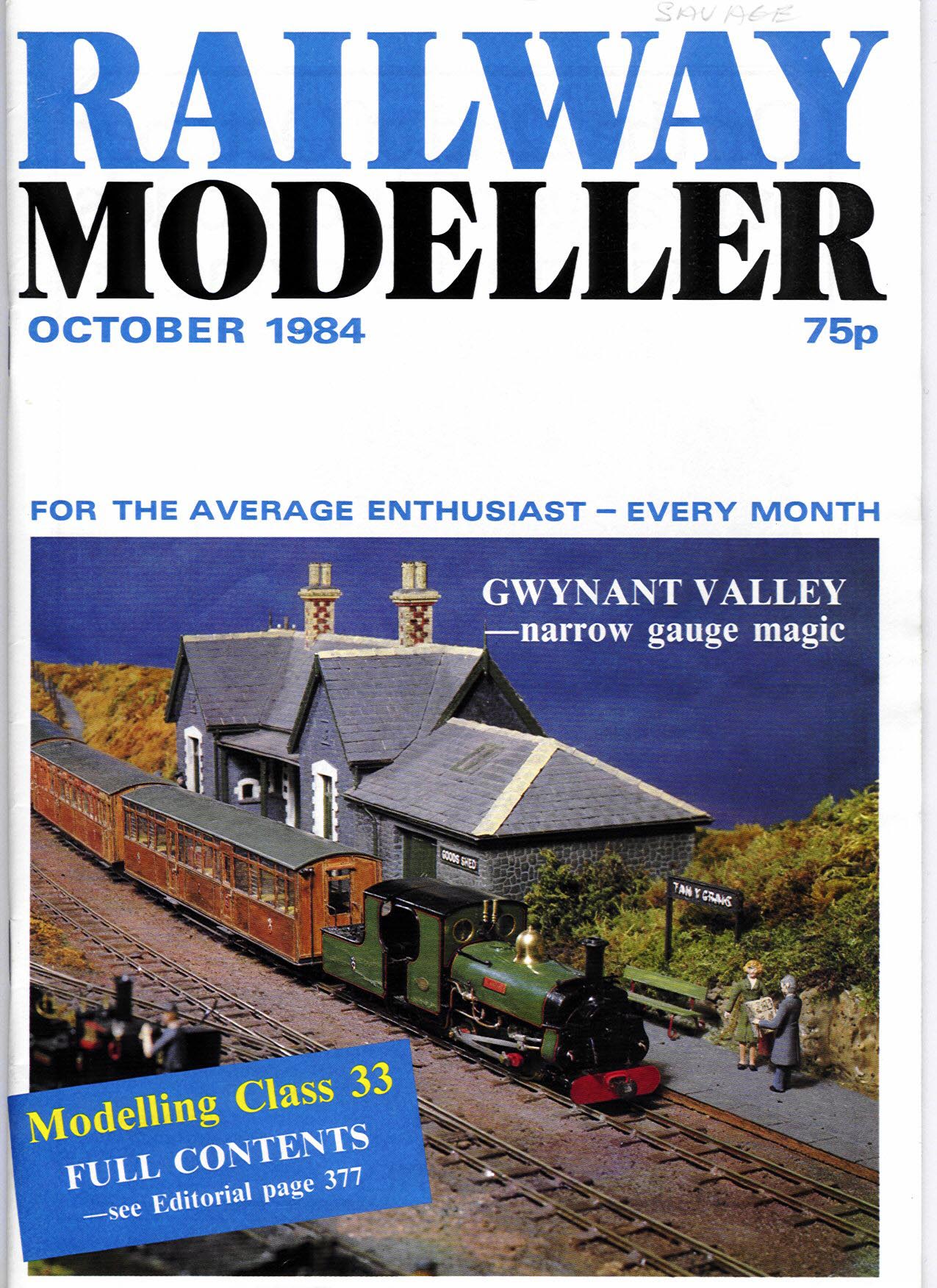 The GEM range comprised kits for the Festiniog Railway's Double Fairlie 'Earl of Merioneth' , 'Prince' and 'Linda' and the Talyllyn Railway's 'Dolgoch', as well as FR and TR coaches, wagons and figures.

5.5mm scale is an ideal size for narrow gauge modelling, being halfway between 4mm and 7mm. Many observers at exhibitions remark that 'it's a really nice size'. As well as using 12mm (TT) gauge to represent 2' - 2'6" railways, 16.5mm (HO/OO) gauge is perfect for 3' prototypes. In both cases, you can get a layout in a reasonable area with the reliability of running that is not always available in the smaller scales.

As a general guide, modern Festiniog coaching stock in 5.5mm scale is about the same size as 4mm scale standard gauge stock.

The development of 009 in the late 1960s led many narrow gauge modellers to abandon 5.5mm scale and GEM withdrew their range in the early 1970s. A few dedicated modellers continued working on their own, scratchbuilding or 'model bashing' to augment the range of GEM kits.

In the October 1984 issue of Railway Modeller, the 'Gwynant Valley Railway' by Malcolm Savage was the featured railway of the month. This article was followed by a series on Malcolm's locos and stock, and as a result of the interest shown Malcolm began moves towards the formation of the 5.5mm Association. Members comprise both established modellers as well as those new to the scale. 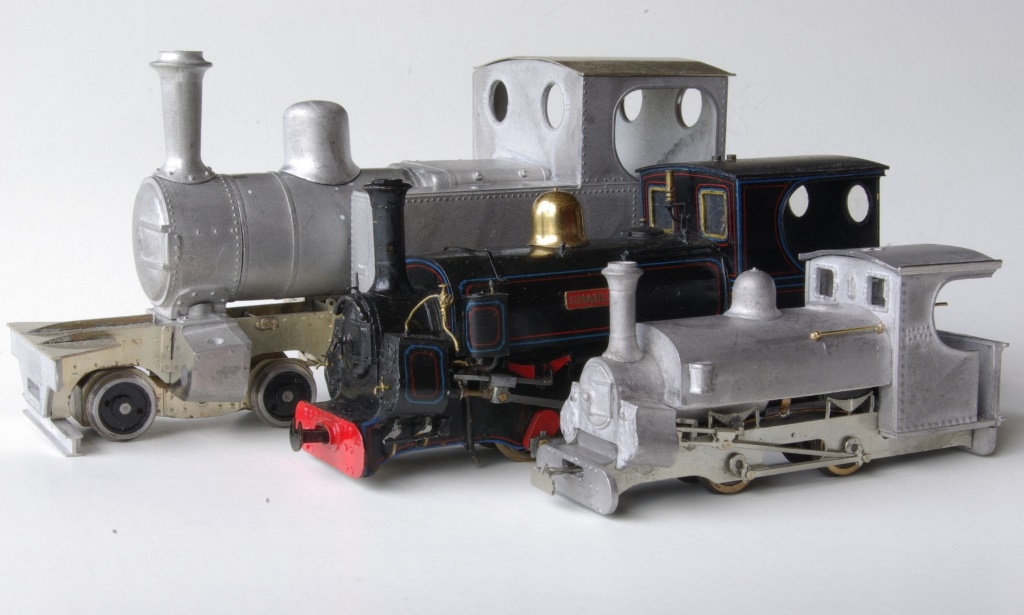 It's a really nice size!

5.5mm scale falls exactly half-way between 4mm and 7mm scales allowing greater levels of detail and generally better running than 4mm models whilst not taking up as much space as 7mm.

Until recently you would have been hard pushed to find much for 5.5mm scale, other than whatever you may have been able to pick up at swapmeets and exhibitions. All that has changed in the last few years, as the Association has promoted and developed new products. The intoduction of 12mm gauge track by Peco, a few years ago, has been a great boost for the scale. Also check out Worsley Works 'scratch aids'. For information on some other suppliers who produce items suitable for 5.5mm scale modelling please go to our Kits & Bits page.

Things started quietly in 1991, when a limited rerun of 'Linda' was produced in collaboration with GEM, complete with a new chassis. This was followed a few years later by a new nickel silver chassis for the Double Fairlie, cast bogie coaches, 4-wheel stock chassis and a range of accessories.

In 1996, Malcolm Savage purchased the 5.5mm patterns and moulds from GEM and began a gradual process of upgrading and reintroducing the range. The first model to appear was the old 'Prince' kit, now available as 'Palmerston', followed by an etched nickel silver chassis kit, which contains some body parts and extra cast details, and accompanied by FR coaches, vans and wagons. The next loco to be reintroduced was 'Dolgoch', also with matching TR coaches and wagons. Malcolm passed away in March 2018 and the range of kits was purchased by George Williamson and is now marketed as '55th Studios'. As well as the existing range of kits, George is planning to introduce new stock from a number of different prototypes. 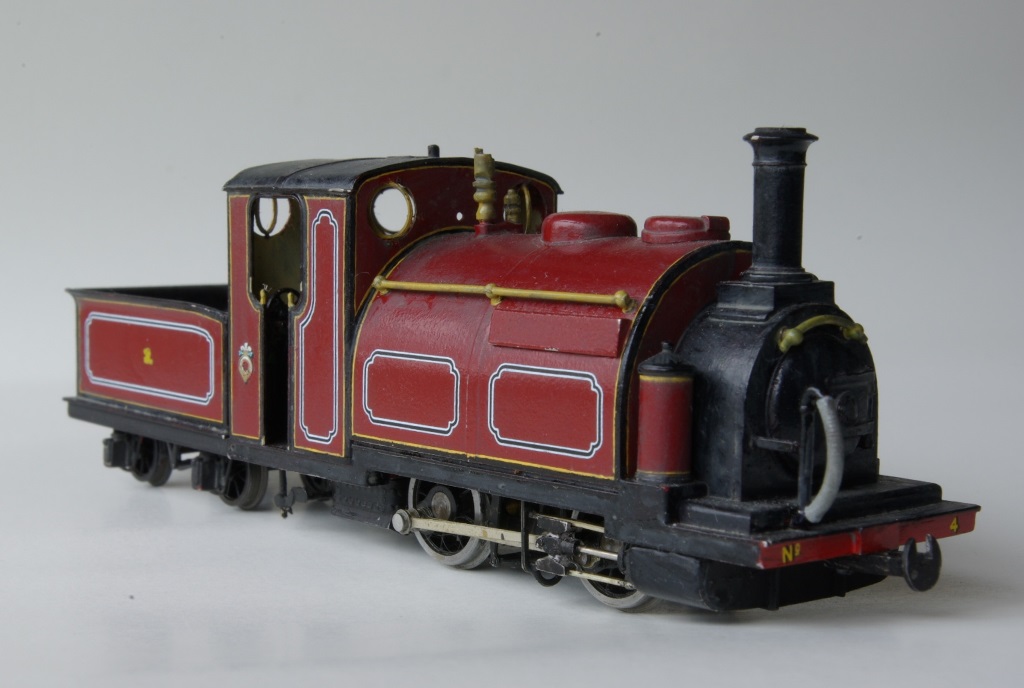 Since the scale uses trade supported gauges (12mm and 16.5mm), modellers can use ready to run chassis if they do not want to build their own. Together with Malcolm's range of kits, figures and accessories, there is plenty on offer to get you started easily.

In addition, there are other sources of models available in 1/55th scale. Most surprising of all is the SIKU Super Series range of vehicles, which are made to 1/55th scale. Other close to scale sources are Preiser's range of diorama figures to 1/50th scale, the Corgi bus and lorry range (1/50th again), and even some of the old Matchbox range. In other words, your layout will be different!

Why not join us?